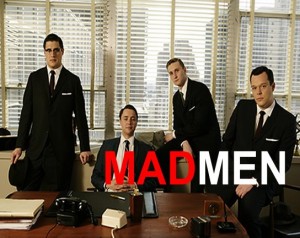 The more I watch Mad Men, the more I compare it to our business today and start asking myself certain questions. Some have obvious answers like the role of women, the drinking and the smoking and the overall style of life, some are very amusing in how little the business has changed in the last 50 years, but one thing that I can’t get my head around is ‘what has happened to the account executive… and why?’.

Apart from Don and Peggy, the majority of the Sterling Cooper (and now Draper Pryce) staff are represented by the high-flying account guys. Those guys who slave to win over the clients and bring in their business, who struggle with them to drag out the real business issues and opportunities and then schmooze them when the creative isn’t quite what they had in mind. Why is it that in the 1960s these account execs were jumping from one agency to another, being taken to lunch by creative directors and generally quite a sought after commodity, and today ‘account people’ have become little more than a commodity that shuffle from one agency to another in hope of a bigger and better title and a few more dollars at the end of the month?

What has changed in account service since the 1960s?

But is all this really an excuse for where we find ourselves today, has the growth and industrialization of our business meant that we can afford to chase and think less, to be less hungry and more satisfied? I would argue the opposite, the challenges of today are far wider and more difficult than those of the 60s – but the reality doesn’t really show it happening. I would argue (as seems to be becoming a common theme in these posts) that the agency business has not adapted to the times, that the model of account management and creative has not adjusted to what is becoming a very executional business and we have not developed our own internal processes enough to be able to educate the client when it is now almost too late. It cannot be, as I often hear, that all the bright guys have gone to management consulting (there simply aren’t enough consulting companies to pick them all up, and they don’t all want to wear grey suits!).

Where and how is it working? It would seem to be working better in organisations that have clearly understood that there is a distinct separation between (1) thinking and planning, and (2) executing and producing; but this has only been instilled half-heartedly to the advertising profession. So I am advocating a new model for the industry, one where the challenge of a client is taken on by a duo of strategist and creative, a pair that have the skills to think and act on the issues and not simply fire off emails with 7 attachments to a laundry list of other pen-pushers; a model where project management is taken seriously and given the resources and authority that it deserves, and with this production will finally find it’s rightful seat at the table. And as for the account exec, I’m not even sure he has a place anymore, if an agency is doing good work then PR can take care of spreading the news and the pitches should come calling (which they tend to for succesful agencies today) and maybe this is one of those ‘new’ businesses that doesn’t need a salesteam – the product should sell itself.