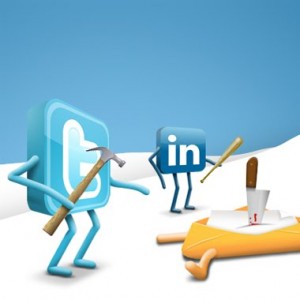 I was very pleased to read an article recently on French tech firm Atos who are stopping the use of internal email, CEO and ex French Finance Minister, Thierry Breton, hasn’t sent an email since 2008 and wants to increase efficiency by eradicating this ‘long form’ of internal communication. He is moving employees away from email which is costly in terms of time spent reading and writing and also almost 20% spam, instead he is forcing the company’s 74,000 employees to communicate with each other via instant messaging and a Facebook-style interface.

This reminds me very much of some of the internal rules at The Richards Group (an advertising agency in Dallas, TX) where I began my career. Here, Stan Richards the owner 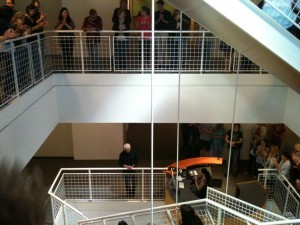 and founder put down his methods in a book – The Peaceable Kingdom – and beyond the rules against internal emails, employees were also driven to use the stairs (since we don’t talk in the lifts) and to this end he had an enormous stairwell cut into the building, here he would hold his famous ‘stairwell meetings’ where the whole agency could get together and both see and hear him. There were no doors in the agency and very strict controls on the presentation of materials that went out to clients – I distinctly remember one early meeting with Stan looking at a website and he wanted to know why the html text didn’t have proper kerning…

Crazy controls aside, there is in my opinion far too much time wasted on email but worse than that there is a feeling among the younger generation that their job revolves around their Outlook inbox or their Blackberry – at the end of the day if we think our added value comes through email, then we we become postmen (and women) rather than thinking human beings. I wrote a while back about the dying art of the account exec and I think this is the core of the problem in that the real professionalism has been lost in our business.

Maybe if we can’t send emails then this will put some pressure on employees to start thinking again, or maybe they’ll simply be chatting about what they did last night!