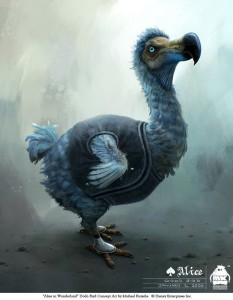 The traditional advertising agency strategic planner is a rare bird, mostly of anglo-saxon origin and more often than not found congregating in London, New York and Minneapolis. Every other country outside the anglo-saxon world that has tried to apply strategic planning, never seems to get it quite right, either from an internal or external perspective. At the core of its role, the strategic planner was the third of the trio (creative, account & strategy) whose role it was (is), is to represent the consumer in the equation, and in the light of this objective they have been responsible for the majority of consumer research and insight generation.

So who is this new rare bird of a digital planner, do they really exist, and what is their role in life? To put this article into context, I consider myself a digital planner (even if I may have had other titles along the lines of digital strategist or director of digital strategy), so I hope that my fate is not that of the rare dodo bird, but one of evolution and revolution.

Planning itself has a number of different roles at each stage of the communications process. At an early stage one can be involved at a very strategic level in terms of what a business is doing and where it should be going, how a brand positions itself relative to the competition and what the opportunity for success might be. Moving into the creative process, a planner is responsible for being the bridge between the business and the creative (since it is a well known fact that marketing managers and art directors do not speak the same language or drink the same brand of coffee). Finally a planner needs to understand and safeguard the result of the interaction between media/message and the consumer.

Enter the digital planner – it would seem that a new niche has evolved with the enlargement of the marketing mix, in the guise of channel planning and particularly for new, unpaid media. For traditional ATL campaigns media planners would quite happily define the use of TV, radio, print and outdoor and the strategic planner could interact with each of these channels. As we add websites, Facebooks, microblogs, mobile and bluetooth/RFID/NFC to the mix suddenly we need a new level of technicity to manage the consumer interaction, and added to this since the media agency isn’t buying the space they aren’t even involved.

At this point agencies have evolved in two different directions: (1) media agencies are moving away from their traditional buying role into a more strategic one allowing them to consult and recommend how brands should interact on both paid and unpaid media, in this way they are developing the ultimate channel planners who have the full gambit of channels at their disposal. (2) on the other hand, creative agencies (not having the media buying luxury) are adding the channel skills to their existing teams – and here is where the digital planner fits in. Since we seem to have a good handle on ‘traditional’ media these specialists can help us understand how Facebook works with a TV campaign and when it’s worthwhile including the Twitter handle on a press ad.

Clearly both options have their pros and cons – and neither is covering all the bases of either creative strategy or media – but as long as agencies exist there will be a need for creative thought, and as the market becomes more and more complex we will need planners. Are they strategic planners, digital planners, channel planners, human planners or simply strategists – it’s all just a name.