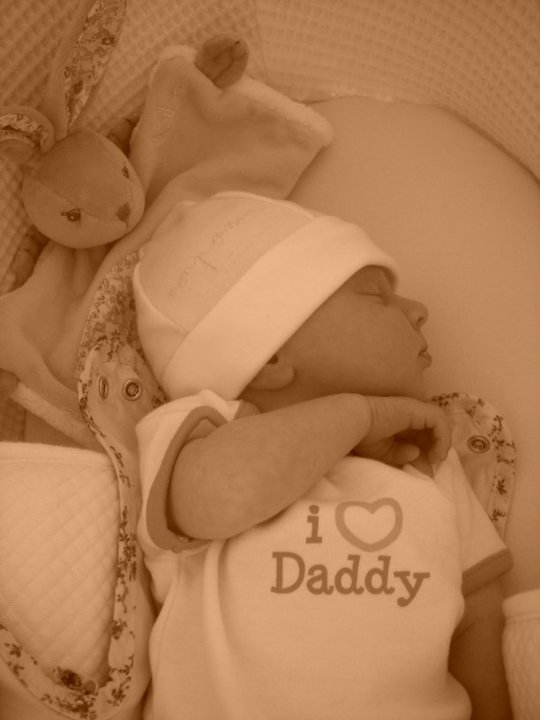 My daughter, Victoria Bradshaw-Zanger, was born last Monday 11th April – exactly a week ago. Every step of the way was captured by photos, tweets, SMS, MMS and even live phone calls. There are some amazing photos from her birth itself (NSFW or Facebook) that really capture the magic of the human body and what it can do. From a personal point of view, I can’t remember much, if anything, about my own birth apart from an entry in my grandfather’s diary – most of the knowledge I have is hearsay, the way stories were told around the campfire is more or less the same as “I remember the day you were born, it was the hottest day of the summer…”.

But this data capture and electronic storytelling didn’t start last week, in fact it has been going on for almost 9 months, with photo updates on Daily Mugshot, as well as Facebook, Tweets counting down to the big day and all of this in addition to the myriad of data (weight, blood pressure, etc.) captured by the hospital themselves. In an era where data is king, we can probably chart everything right from conception. She had a Facebook & Twitter profile even before birth whilst it took over a week to get her birth certificate, and before long she’ll even have her own website.

The wonder of the these social media memories indeed started before birth, but the content really took off after the day itself – her Facebook page is filling up with photos and videos, as well as comments from friends, and she is even crowdsourcing the names of her toys in the nursery!

When I was younger I could remember everything; names, numbers, addresses and dates without a problem – today, I rely on Google and my Blackberry for almost everything, even a simple multiplication is sometimes quicker on the phone than in my head. For Victoria, this has started already, things that she isn’t even aware of are being recorded online and creating a history of her life (on Memolane.com), the story of her birth and everything that she is doing and experiencing are content that she will be able to look back on in the future.

What will a world be like where she can find out about her life (particularly early days) that she doesn’t remember, but Google does?

Only time will tell. Welcome to the world baby girl.