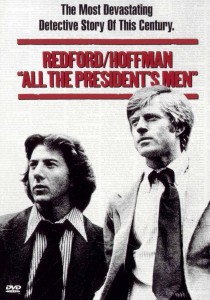 Deep Throat said it to Bob Woodward in 1976, and it’s still true today – if you want to understand, if you want to really get to the truth, you need to follow the money.

And this is is just as true in the advertising business as we try and evolve an ageing traditional, TV and print focussed, business model into our 2.0 world. Agency holding companies have created digital exchanges, ad agencies have bought up their BTL counterparts and certain organisations have even attempted to renew their entire staff base by bringing in new digital specialists, but at the end of the day, bringing ‘digital’ into advertising is all a question of business models.

The traditional advertising agency runs on a retainer based model where a client pays a certain amount on a monthly basis for a number of FTEs (full time equivalent), or headcount as it is commonly known. This works because the ad business can involve a great deal of running around, back and forths on work, and projects tend to be large and long in duration. On the flip-side, many digital agencies work on a project based model with fixed costs based on deliverables rather than a structure and this allows them to leverage a number of staff across different elements and drive economies of scale in their resourcing.

What happens when these two models meet is the real challenge for agencies today and runs beyond their day-to-day operations but also into hiring and expanding staff. It is like the meeting of fire and ice, one model must concede and give way to the other.

For ad agencies where a team can be set up in advance and client relationships run for sometimes many years at a time; additional, out of scope work is rarer and maybe account for only 10-15% of the original retainer fees – when digital projects come in, it is very difficult for them to handle as this project based approach means they need to scale up headcount very quickly, and then down again once it is complete.

This rapid scaling up and down means that it is very difficult for a traditional agency to break into ‘digital’ on a small scale without access to a large network of freelancers, or a partner agency willing to work with them. The only approach to date seems to be to acquire or merge a digital agency into it’s parent – but this creates another challenge. When you bring the baby digital agency into the folds of its parent, you start to apply the same financial rules as to how they operate – driving them to a retainer based model and ending up with the same challenges as before.

The fact is that the focus is still on the big ticket items – $500k for the development and production of a tv spot is more interesting than $50k for a online campaign with social media and so management applies resources to deliver on these high value elements, even if clients are asking for more.

Will we ever be able to get out of this vicious circle?

While agencies are still managed by figures – figures are billings in the retainer based model – in a very rigid structure where year on year it is about increasing absolute revenues and maintaining ratios (margin, personnel cost, etc.), they will still focus on the money coming in from the client and this means high value production – like TV. Those agencies that seem to be doing something different tend to be smaller or independent, thus more able to be flexible about how they manage people and plan for the future, scaling up quickly can put a dent in their ratios, but might pay off in the long run.

So when will change come? To go back to Deep Throat, we need to follow the money as this will guide us to where a solution to today’s challenges might be. The change will come when agencies look at new models of remuneration that are based neither on FTE teams or fixed scope deliverables, and this can only come from clients themselves.

A solution might be to look at the outputs and results of what an agency does rather than the inputs; imagine in a remuneration models that measures not the work that is put into different elements but the results for each based on ROI for the brand. It might change things around a little (or a lot), as  a good social media campaign could travel the world and drop the brand’s acquisition costs for a new product dramatically.

In this new world, imagine a business model where an agency is given an objective and a budget – once the objectes are achieve, what they have left at the end of the day they keep. With this sort of approach you might find agencies developing one hell of a social media campaign and leaving the high production TV spot for the traditional guys down the road…

It’s worth thinking about how this could change our business, not M&A, or re-skilling, but Deep Throat’s famous three words, follow the money.