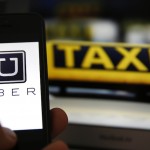 Uber France is an amazing study in brand management and economics. From it’s launch in 2011 at LeWeb growth has been tremendous but also fraught with challenges.

So what’s happened so far:

Launch of Uber in Paris in 2011, followed by UberX in 2013
Taxi Violence in 2015
Legal block of UberPop
Rate drop of 20%, October 2015
Uber drivers creating their own union (and potentially own app)
Launch of UberEats Paris

So what is Uber doing?

Potentially repositioning UberX to be better in line with other global markets. UK and US UberX offerings are positioned significantly lower than in France where Black has been seen as a luxury offering and he car types for X range from middle to high end.

Having left the market to initially grow organically and in it’s own way to reach critical mass, they are now re-aligning to be run in a globally aligned manner.

As the margins become tighter some drivers are leaving the system and the rate of new driver recruitment is slowing; for the Uber Black service new driver recruitment has been paused to allow demand growth before increasing supply again. What this means across all services is that surge pricing will begin to compensate for the 20% rate drop making sure that the market itself finds the optimum level of both supply and demand.

Create new business opportunities with the launch of UBerEats, effectively expanding the market potential and driving a new phase of growth.

Uber has found a new model for business, that has transitioned through massive growth, organisational challenges and is now attacking new growth markets – all with a technology base; software is eating the world!

Sign up for Uber with my promo code and get free rides: https://www.uber.com/invite/uberlexbz