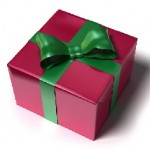 My wife is upset with me because there are no affordable items on my Christmas wishlist, she says that because I’m a geek (and therefore by deduction you will understand that she is not) it is very difficult for her to know what to get me, and that every time I find something I want it is both too geeky, and over budget for Christmas; I’m not sure whether this is a unique problem, or whether there is a global phenomenonen in terms of the fact that the things we want are getting more and more expensive, or maybe I am really just a geek.

So the truth of the matter is that I tend to have expensive taste and I like toys too (toys have never been cheap, even Lego was pricey relatively speaking), so some of the items that are top of mind for Santa this year:

What are you waiting for under the tree? Merry Christmas and a Happy New Year to all!